Experiencing God in another language

Three simple Spanish words meaning “You are here”. They became the first words in a foreign language that I connected to God with. It turns out God can also be Dios.

We were in Guadalajara living with Mexicans and intensively studying Spanish. Our host family attended a small local church and they invited us to a small group or “célula.” It was there in the small group that our new, yet soon to be good friend, Rogelio played a simple Jesús Adrián Romero song for our group.

Of course Dios and God are the same by definition and nature, but a whole new realm of my relationship with God was born. As part of my language journey, I started to read a little passage of scripture daily in La Biblia de Las Americas (The spanish translation of the bible I used at that time). I started to journal in Spanish as well, writing down thoughts, prayers and scripture. It was like I was rediscovering who God was again, but from another angle.

The ability to read passages with new eyes and a new vocabulary opened up new depths of passages in the Bible. Every language has limitations when you translate it. Yes, its true, even our beloved KJV, ESV, or NIV cannot fully communicate the depth of the Greek or Hebrew language of the original scriptures.

One limitation of English, for example, is the lack of a differentiating 2nd person plural pronoun, so YOU in a particular passage can be plural or singular and the only way to know is by context or by going back to the original text. Is the passage talking about you individually or you the church? In Spanish, however, there is You (singular, tú/usted) or plural (ustedes or vosotros depending on country) making some passages more clear in who YOU are 😉

Beyond the practical advantages, Spanish is such a beautiful language and the way the words flow can sound much more poetic than in English (sorry English lovers!). Once more proficient in the language, I found myself praying to God in Spanish just because it felt more right in that particular moment.

I also eventually branched out from my 3 word chorus of “Tú estás aquí” by Jesús Adrián Romero and now enjoy more “linguistically complex” songs (haha) from the christian worship artists of the Hispanosphere as well as translated songs from popular artists like Hillsong (“Con Todo” is an awesome song in Spanish) and Jesus Culture.

As you can see, learning another language has greatly enriched my life with God! It has made me slow down, meditate on the meaning of words, and speak more simply with God in prayers and journaling. If you want to experience God in a new way, just learn another language and you’ll be surprised when you meet Dios, Deus, Бог, الله, or perhaps Jumala 😉

Have you learned another language and found your experience to be the same or different in relating to God. What were some difficulties and advantages you found?

Our love for languages fueled us to create a channel to inspire others to Learn English and other languages! 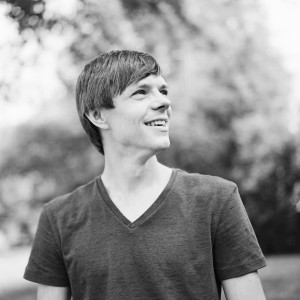