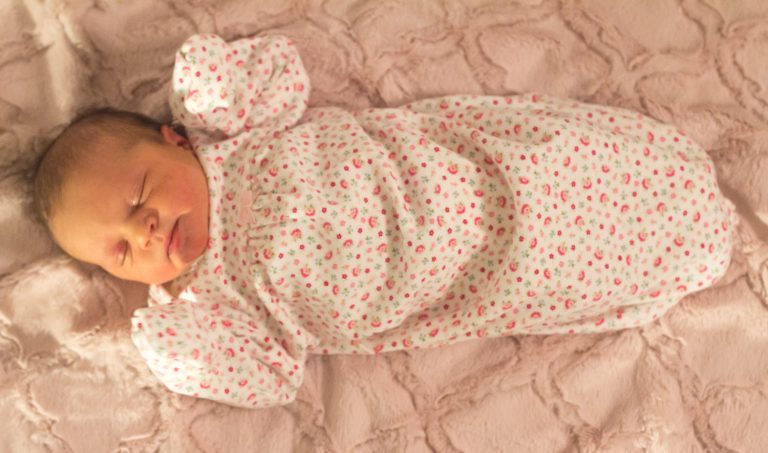 I am thankful for redemption. With my 2nd child Ivory I had a MUCH better birthing experience. A fun little fact is that both of our kids were conceived in Mexico, so if you see us heading that way be on the lookout for baby number 3. Just kidding! But who knows? I did the first 1/2 of my pregnancy in Mexico and after a traumatic birthing experience overseas, we decided to find out the sex before the birth so we could celebrate early.

Being the middle child of 5 girls, I had always wanted a girl, so was thrilled when at 14 weeks our doctor told us we were having a girl. I knew it was a little early so I was like are you sure?! I wanted to believe it but thought it couldn’t be! In Mexico they did an ultrasound every month so the following month confirmed we were indeed having a girl. We celebrated by buying her a dress from Zara and had some McDonalds…cravings I guess because I normally don’t eat there.

We moved back to America when I was 20 weeks and it took almost a month to get into the health care system and another 2 weeks for my first appointment. I had a healthy pregnancy and again tried to walk a lot. I did struggle with insomnia and was tired my whole pregnancy but was taking care of a toddler, so who wouldn’t be?! I had also started using essential oils at this point and I had read a few birthing books, wanting to go natural but also open to having an epidural.

With Ivory I felt more prepared but at the same time was really asking the Lord if I could labor in the day because I didn’t want to lose nights of sleep again and I was also praying for me to be able to push right this time. Still no classes, but I had watched several youtube videos.

On December 13, 2016 the day before my due date, at 2 am I felt the familiar starting of labor. Here we go I thought. I didn’t even wake Calvin up because it was the beginning of the beginning. But at about 3 am he heard me breathing through my small contractions and woke up asking me if I was in labor. I told him I was going to keep breathing and waiting since they were still 15-20 minutes apart.

Then at some point I woke up and it was 8am. My labor had totally stopped and I was so confused. I KNEW I was having real contractions. I googled for answers and talked to my sisters for some comfort. What was going on with my body? When was I going to have this baby? Was I having false contractions?

That day Calvin spent putting up the trim in our garage air b&b which was his last big project before painters would come and the space would be complete. I now think my body was holding on because I wanted him to be able to finish our project on-time. I went about my day as normal and at about 1:30 in the afternoon the contractions started again. I was uncertain if they were here to stay or were going to go away again. I tried to rest but it was hard because I had a lot of back labor again. I kept a heating pack on my lower the back almost the whole afternoon. I remember watching some Fuller House. Maddox came home from time with his grandparents and I put him down for a nap having 2 contractions in that short time. My sister-in-law Katie encouraged me to go for a walk around the block with her and so I did, all the while the contractions coming. She left and told me to message her when I needed to go to the hospital because she was going to take Maddox for us. (So grateful for her!)

I took a bath with some essential oils and focused on breathing every time a contraction came. I was also praying for my contractions to be purposeful and my uterus to open, advice given my my dear friend Alexa. When I got out of the bath I had to go on my hands and knees to be able to bear the contractions better but wasn’t sure if I needed to go in yet. The contractions were 6-7 minutes apart. My sister-in-laws were encouraging me to go in. So when Katie was on her way I gathered my stuff and Maddox’s as well to give to her. The hospital was only a mile away, such a relief. We got there and checked in by 6:30pm.

My nurse was this wonderful woman Anita who my family knew because she lived in Michigan for a while. I had no idea she would be there but she seriously was an a gift to me in this time. Her shift had just ended but she said she would stay with me because she wanted to celebrate my baby being born. I was like really? This soon? I thought maybe I would be laboring all night. She had checked me and I was dilated to 7 upon arrival.

Every time I had a contraction, she would put this amazing amount of pressure on my back with her hand. It helped so much. I was still on my hands and knees because it felt best. I had back labor again, like with Maddox. It was intense. I was in a lot of pain but doing my best to breathe through it.

She told me if I wanted the epidural now was the time because I was dilating pretty fast. I was torn. I wanted it but then I also wanted to try to go natural. She put no pressure on me at all but I decided to get it. I am so thankful I did. I got it at 7:30 pm. It worked so well and the pain became bearable. I could still feel my legs and some pressure but overall it relieved soooo much of the intensity because my contractions were literally going off the charts at their peak.

It was after 8 pm and she told me I was fully dilated and ready to push. I told her I was scared because of my last birthing experience so she showed me how and and told me when. She really coached me through it. At one point she asked if I wanted to reach down and feel my baby’s hair. It seemed so weird to me but I did it anyways. Oh my gosh! So wild.

She called the doctor in and within 3 pushes and 6 minutes Ivory Noelle (Meaning: Pure; Christmas) was born with strong lungs crying at 8:30 pm. She was 7.5# and 21 inches long. And guess what!? Calvin was by my side the whole time, encouraging me, holding my hand and even watching! I was so proud of him.

Ivory was placed on my chest for several minutes until her umbilical cord stopped pulsating. Calvin cut it and then the doctor put 2 stitches in me because I had torn a bit. Then they left my room for over 2 hours where Ivory & I had skin to skin and my epidural began to wear off. Ivory was the calmest baby ever right after her birth. She barely cried at all. So the opposite of Maddox that it seemed unreal.

We spent one night in the hospital and actually asked to go home. We had to get our doctors permission because they recommend two nights but he released us. It was so hard to rest when the doctors and nurses are coming in every 1/2 hour it seemed.

I didn’t cry when I gave birth but I cried when Maddox came to see us. He seemed like a giant. How had my almost 3 year old gotten so big? I had gotten him a gift from Ivory, his favorite Peppa Pig books for him to feel special and loved too. He opened them and was so excited that he wanted us to read them right away. He wasn’t too interested in his sister just yet but luckily that changed quickly.

My recovery with Ivory was so much better. I could actually walk normally even though they made me be in a wheel chair on my way out. I did the whole ice pack, cooling spray, witch hazel, giant underwear glory combination and was amazed at how quickly my body healed.

I remember being terrified to poop (just being real!). I read so many blogs trying to learn the best tips because my goodness there are some horror after birth poop stories out there. Though I didn’t talk about it in my birth story with Maddox it was so painful to poop for the first few times. With Ivory I took stool softeners and went for the first time 3 days later. I was amazed because it didn’t hurt! I was okay. I was so relieved. It’s the little things in life.

I really felt like birthing Ivory was a redeemed birth experience from my first one. I am so grateful for even the little things that I felt like the Lord honored like my prayers to labor during the day and being able to push correctly. I am also grateful that Calvin’s family took Maddox for the first 2 nights and quite a bit in the first month. It helped so much in our transition from being a family of 3 to a family of 4.

Every birthing experience is unique in it’s own way, each baby perfectly formed and created by the Lord. I have so much respect for mothers and am amazed at our bodies and how powerful and strong they really are!

I would love to hear from you. Do you have a birthing story you want to share?