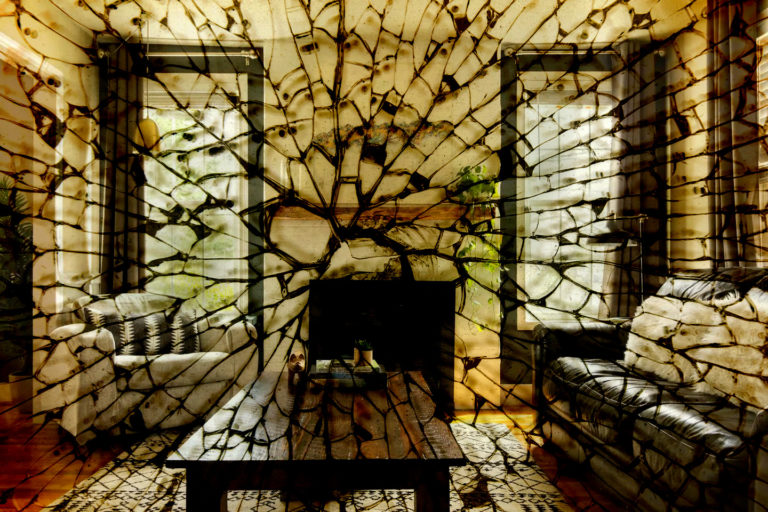 We’ve loved being Airbnb superhosts for the past almost three years. Airbnb has forever changed our lives and we absolutely love the freedom it gives our family, especially in the area of travel. People always ask us, but aren’t you worried about your house when you’re gone? How do you do it? Let me tell you, we are usually quite at peace. We have family back home in case of emergency and a wonderful cleaner taking care of the inside and great companies that take care of the outside work—the yard & pool. But there was this one time…

It came out of nowhere and it really was too good to be true. It was a guy, supposedly named Jay Young, working for Sitel Inc who contacted us through the app. He said his housing fell through last minute and he needed a place to stay while he was in town for work. Our calendar wasn’t even open for the future months because we weren’t sure when we would be returning home from Europe. We got super excited because anyone knows that longer bookings are a dream, especially when it’s only one person in your house. We have had people come in the past for a month or 6 weeks at a time and they’ve been great guests and the bookings are so worth it. Back to the story…

Jay told us that his company was going to pay for his housing and could cut us a check that we would receive a few days later. For this reason he asked if we could go outside the Airbnb app to do the booking, because his company couldn’t write a check to airbnb. He even suggested we write a message on the Airbnb conversation saying accommodating him wouldn’t work out. This should have been our first clue.

Calvin actually called him and spoke on the phone with him for a half hour. He said Jay was SO KIND and that he thanked Calvin so much for coming through last minute. We were just so excited and he was so believable and nice we didn’t even get a deposit!

What were we thinking?! I mean we literally gave a stranger access to our home after only a half hour conversation. It was not our best or brightest moment. I think we tend to trust people easily because we have had such good experiences 99% of the time with Airbnb. I mean the guy talked about his twin daughters, their family trip to Greece, his business partners volunteer work at a troubled youth center in Clemson, that he was looking for a local church to attend while in the area, and that he loved coffee. He was so personal and seemed to know exactly what to say to us to win our trust.

He asked Calvin to send him an invoice, which Calvin did and he also forwarded us the email between him and the lady that would be cutting us a check. Both emails were gmails, not company ones (from Sitel Inc), which should have also been a clue given that Sitel Inc is a real global corporation.

He checked into our house and texted back and forth with Calvin thanking him so much and saying it was better than it looked in the photos. He also asked about the furniture and decor, which we love to talk about because much of it was built by Calvin’s dad, mom, or Calvin himself. He asked about our pool and how to turn the lights on at night. He reassured the check would be arriving no later than Monday because now the woman in charge of issuing the check was out of the office (another red flag missed).

I believe it was a Tuesday when he checked in. We told him, “Great, enjoy your time!” We don’t normally communicate with our guests besides the initial messages unless they reach out to us to give them some space. So it wasn’t out of the ordinary that we didn’t talk to him for the next several days.

The following week, when I was talking to our cleaner, we realized the check still hadn’t come. It was right before bedtime (we are 6 hours ahead in Europe). I asked Calvin, “What if it’s all a scam? What if he isn’t going to pay?”

We had blocked off our house for him for two weeks and then he was going to leave because of bookings we had previously had. He was going to come back for another five weeks. I let my mind start running imagining all sorts of things, nothing good. I reeled my imagination back in and told myself it probably was fine. Our check could come tomorrow. He seemed like a family man, very trustworthy.

I told Calvin, “I am so sorry Calvin, maybe I should be a novelist because my imagination is so vivid.” But it left him unsettled now and he started reading back through the texts. He texted Jay asking how his stay was and advising Jay the check hadn’t come yet. Jay never responded.

We messaged our cleaner who offered to go check on the house and she said she couldn’t see inside but there was a towel that was taped to the inside of the top of the door covering the glass. It creeped her out so she left. It really creeped us out too. Why would someone tape a towel over the glass unless they were hiding something? I messaged our neighbors across the street who are so sweet and look after our house to see if they noticed anything weird. They said they hadn’t seen anyone in almost a week.

Our hearts starting sinking with every new revelation. What had we done?! What had he done? Was he still there? What would we find on the inside of our house? Had he stolen all of our furniture? Killed someone? The curiosity was so strong and the waiting nearly unbearable. I think for the first time in my life I experienced anxiety, a weight on my chest that didn’t leave. We wanted to know so bad. We were messaging friends and family trying to find someone that could go inside and see if he was there or had left his things, or if he had done any damage to our home.

Finally the next morning our friend who takes care of our pool went in the house. “Everything’s fine!” he told us. Nothing was stolen, everything was in order. It was as if it was left untouched, except for all the blinds and curtains down, a few dishes and the creepy towel. The key was in the key box. We immediately changed the code to the key box and our cleaner went to thoroughly clean the house.

She found some items that definitely make us believe that something fishy was going on, something he clearly didn’t want anyone to know. Because of what our cleaner found, we wonder if the house was used for pornography. Yuck. It totally sucks, but doesn’t seem too far off given the evidence. We are guessing “Jay” only stayed one or two nights. We are not sure why he created this very believable elaborate tale with an extensive booking when he was planning to stay just a few days.

It truly is unfortunate. “Jay” is a pathological liar and scam artist. We felt totally taken advantage of and like idiots for falling for this scheme. It seems like this could be something that he does on a regular basis, he’s too good at it for it to have been his first time. He went through great lengths to create this other life he supposedly had! We did email Sitel Inc who informed us that there is no employee there by that name. Ugh.

We are thankful that at least he left our house okay. It could have been so much worse. At the end of the day, money is just money. We probably will never know exactly what went on but we learned some very valuable lessons and are little wiser from this experience.

I also hope that by sharing this experience, others will be aware of scams like this and that even though most people are nice, there are those few out there that will take advantage of you if given the opportunity. Learn what we learned: be aware, be wise, cover your bases and go through Airbnb—it’s there for a reason. The platform is made to protect you and give you security and support! Don’t just give anyone the key to your home, or you just might end up with a crazy story like ours.

If you are a host for Airbnb or other short term rental platform, have you had this happen to you or something similar?

P.S. If you aren’t a creepy lying scammer and visiting the Greenville, SC area, we’d love to have you in our Airbnb spaces: https://Shalomspaces.com

PrevPreviousThese are a few of my favorite things—Visiting Tirana, Albania
NextCan you really “lose” a language that you’ve learned?Next