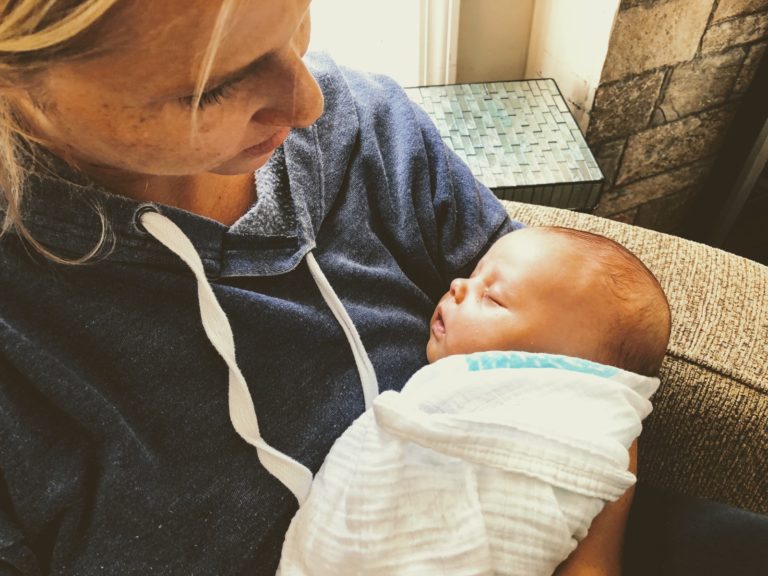 I really thought Kairo was going to be born a week early. I was having braxton hicks like crazy and I could just feel my body getting ready. I made sure to do a 30 minute walk around our block every week, my hospital bag was packed and I was ready to go. At my 39 week check up I told the receptionist to sure, schedule my 40 week check up but I probably would have my baby before then. I said that because in my mind I was convinced it was true. 40 week check up come and left. Every day felt SO long, like a week. I am sure overdue women can relate!

We never knew if today was going to be the day. We even went and had greasy fast food trying to slide him out. Gross right?! It only resulted in a stomach ache. Bad decision. Lessons learned.

At 41 weeks I went to my check up where she told me I would need to come back 3 days later and then go ahead and schedule an induction for the following week. I was super bummed out. I really didn’t want to be induced. I was still carrying memories from literally watching my sister’s induction lead to an emergency c-section. At my check up, I had to wear a belly band where they monitored the baby’s heart rate. Everything checked out fine.

However, I was FREEZING and my lower back was achy. I shed a few tears on the way home. I got home and ate lunch and feeling exhausted told Calvin I needed a nap. I tried to rest but couldn’t. My lower back was feeling so achy. This was around 1pm. In my mind I was thinking, this is exactly what happened when I was in labor with Ivory. But with her it was only 3 hours and then it stopped until the following day so I didn’t want to get my hopes up.

But a couple of hours later it was still happening. We went around the block again as a family and even went swimming in our pool. I was pretty sure it was labor but didn’t tell anyone. I just didn’t want it to be false and then have to tell everyone again.

By 5pm my back labor was getting stronger. I told the kids I would probably be in the hospital when they woke up in the morning but that auntie Kimberly was coming to spend the night. We put them to sleep by 7 and I continued to labor. By this time Calvin was doing counter pressure on my back which helped so much. Praise the Lord for youtube instruction videos. We were watching random decor shows on Netflix trying to pass the time. I didn’t want to go to the hospital and have them send me home or only be dilated to a 2 or something.

But by 9pm they were close together and I felt like it was time. I was also using clary sage oil at this time and had taken another bath. Our sweet neighbor Jan ended up coming over until Kimberly got off work and arrived at 10 to stay with the kids. So thankful for them! 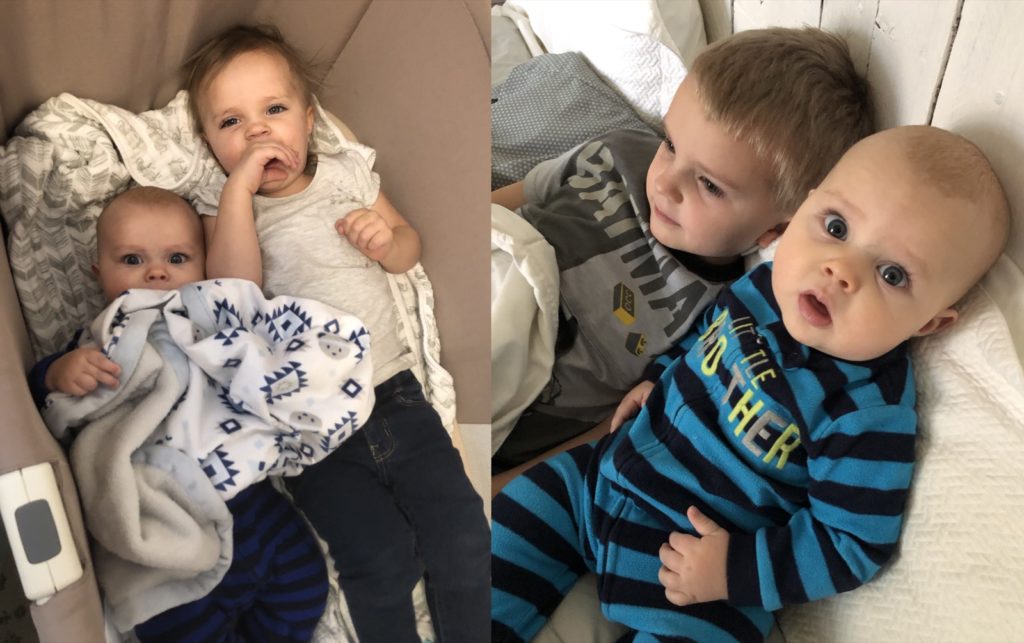 I arrived at the hospital knowing I really wanted an epidural. The guy at the front desk made me take a wheelchair up and I had to drop to my knees before I could even sign in, having another intense contraction. I told them I was pretty sure I was in labor. Haha! After getting signed in they checked me and I was dilated to a 6.5. I was like give me the drugs! It always takes a while to get the epidural so it must have been 10:30 before I finally got it. It helped so much. They checked me after the epidural and I was dilated to 8.

The nurses at Greer Memorial are sooo sweet. I have had amazing experiences there delivering both Kairo and Ivory. I must have fallen asleep for a little while because I remember waking up in pain. I called the nurse back around 11:30 and told her I was feeling the contractions again and pressure like I had to push. She was like okay, we can check you again. I was a 10!

They called the doctor and were preparing everything. I am always terrified to push because I am like what if it’s forever, though it never has been. Kairo Luca “victorious light” came out mid 3rd push at 12:36am on September 18th. I tore in 2 spots, though minor but healing took a good 2 weeks. I told Calvin if I could skip the first week post delivery, I probably would. The pain in the nipples, the pain down there, the post uterine contractions…all of it is so hard! Women are amazing, truly heroes! But it passes, all too quickly and a new normal begins to take place.

After birth Kairo cried until I nursed him and then he was just the sweetest thing. I couldn’t believe I had done it again, birthed another baby, another miracle. Though I feel more comfortable birthing a baby in the hospital, I am all too eager to get home. Our pediatrician is pretty chill and asked me if I wanted to go home the same day.

I didn’t know that was an option being told I had to stay at least 24 hours. He was like, it’s your 3rd kid, I can release you! I was so thankful!!! It was a long day in the hospital and felt like what took forever to finally be released with all the paperwork etc but that evening we got to go home and sleep in our own bed! There is nothing like it. Best. Feeling. Ever.

Kairo is now over 6 months old! How quickly the time has passed. He really is our easiest baby. I haven’t done anything different than my first 2 but he sleeps 11-12 hours a night and has since 4 months old. I am scared to even write that because I know baby’s can change like the wind–sickness, teething etc but for now I will take it. He rarely cries and is content just laying on the floor or sitting in his bumbo chair.

We pretty much have dance parties everyday and he LOVES to move his little arms and legs. He stopped taking both a pacifier and bottle at 2 months old. We had only given him a bottle a handful of times and then he just refused it. He loves chewing on everything, is curious about food and loves to watch his siblings.

I love the sibling relationship. Yeah, Ivory likes to open his diapers but I catch her giggling with him almost daily. She gave him the nickname Kai-Kai which has stuck. Maddox sings to Kairo and tells him he is the best every day. He’s keeps saying, “I just love babies so much.” Ahhh the days are long, but there is beauty in every one of them I am thankful. My heart is full!

What about you? Are 3rd kids really the easiest for everyone? What is your birth story? I would love to hear!